I am one of those guys who prefers Baldur’s Gate I (BGI) over its sequel (BGII). Part of the reason is aesthetic: BGI is more focused in its aesthetic, and I prefer that. However, another reason is that BGI is so rewarding to play as a solo character, i.e., without any party members. Below I share three solo builds that are extremely fun to play through BGI. I hope you will give them a shot!

Before getting to the builds, let me just briefly say something about what makes solo runs so interesting. The first is obviously the challenge; BGI is like a puzzle that is designed to be solved with the resources of six characters and finding a way to do it with the resources of one is extremely rewarding. One thing that always keeps me coming back to solo runs is the ease and simplicity of control, which leads to more interesting play styles. Micro-managing a party of six is a lot of work, and I find that the complexity leads to very stale game-play after a while. Your front-line tanks while you back line overwhelms them with crowd control. This guide is meant primarily for experienced Baldur's Gate players. If you are new to the original Baldur's Gate series and want to see what makes it so awesome, keep an eye out for my forthcoming Baldur's Gate Beginners Guide. 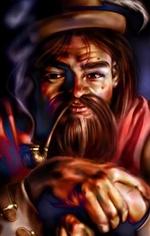 The Gnome Illusionist/Thief plays exactly like you would imagine a Gnome would fight: through tricks. It’s the Loki playstyle. Let me highlight the key spells and items of this build:

First level spells and the Ring of Wizardry

In BGI there are two vastly overpowered first level mage spells: Sleep and Blindness. Most people know how Sleep makes trash mobs in BGI trivial. Blindness is basically the same as sleep, but single target, and it effects all HD, so it stays relevant all game. Because Blindness is an illusion spell, enemies suffer a -1 penalty to saving throws. Illusionists also get bonus spell slots, including a bonus level one spell slot. Combine this with the Ring of Wizardry and you get, precisely, a carp-load of Sleep and Blindness spells to cast.

These are the other two spells that form the core of your game-play. The obvious utility that Invisibility gives you is the ability to (i) avoid being targeted, and (ii) to be able to get multiple backstabs in a fight. Another often overlooked benefit is that it lasts for 24 hours. So, if you cast this before leaving an area, you will still be invisible if you get ambushed, or when you enter the new zone. This means that you can practically always control when and how a fight starts, which is extremely useful normally, and absolutely invaluable in a no-reload run. Improved Invisibility shares all of those benefits except the 24 hour duration. What it gets instead is one of the best defensive buffs in the game: effectively +4 to AC and saving throws. With Improved Invisibility your saving throws, which are already good due to shorty bonuses, become extremely good (sadly you miss out on Spirit Armor to make them god-like).

There aren’t any tricks to this weapon that everyone does not already know. Its really effective at taking out Mages, especially if you can start a fight by backstabbing them. This rounds out all the tools the Illusionist/Thief brings to the table. Opening a fight with a Dagger of Venom to the back will neutralize the highest priority caster. Blindness will neutralize physical attackers. If you are dealing with mobs, stack a few sleep spells. A combination of these tricks will get you past 90% of encounters. For the rest, just use your wits, and whatever wands you’ve managed to collect. My experience is that fights are a breeze, but not in a boring way! Its always fun to dominate with a clever application of stealth and disabling spells. *Note* You can backstab while polymorphed into an Ogre for insane damage if you ever want to see some chunks fly. Its not actually a great strategy, but it is hilarious. 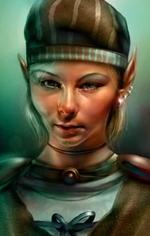 If the Illusionist/Thief is a surgeon, the Cleric/Mage is a butcher, or more like a landslide. Of course, there are hundreds of ways to play the Cleric/Mage, but the way I prefer is overwhelm enemies with buffed summons.

This is your elite summon. You can use monster summoning for fodder, but skelos will be the core, elite phalanx holding the middle line. The main reasons skeletons are so good are their resistances: 100% Cold, 45% Magic, 40% Slashing, 50% Piercing, 60% Missile, plus immunity to most crowd control effects. With the use of Sanctuary, you can safely nullify enemy spells by having them target your Skelo soldiers (the Charm spells that the Sirine’s cast is a great example). You can also send them safely to fight in poison clouds. There damage is decent enough, but Skelos get really fun when you start layering on the offensive buffs we will discuss below. The spell lasts 8 hours to, so summon them early and often.

So you’ve summoned an undead army, but you are finding they just aren’t massacring the way you hoped they would… Never fear! The Cleric/Mage has a potent arsenal of party buffs to turn your skeleton soldiers into Seal team 6!

Bless + Strength of One: In combination, these buffs give your summons -2 THAC0 and +3 damage. You are multiplying this by the number of summons you have out (max 5), which is good, but we would like it to be better. Haste : This gives your summons all have +1 attacks per round (APR), which is doubling the efficiency we get from Bless and Strength of One. Now your Skelos are killing machines. Chant + Defensive Harmony : These are good defensive buffs to make your skeletons even tankier than they already are.

This concludes the core strategy you will be using to get through most fights. You summon up an army, buff them to the nines, send them into a Poison Cloud to fight, then go grab a cup coffee because the battle is over.

As fun as it is watching your undead army roll every fight from the safety of your sanctuary, there will be times where you will need to mix it up in melee with them. The Cleric/Mage has spells for that too! The best one is Polymorph Self. There are lots of forms to choose from, but one of them is perfectly designed for you: the Sword Spider.

The Sword Spider gets 4 APR, 5 with Haste , but has really low damage. You could easily fix the low damage with a few spells, but you can’t cast spells in spider form. There is a clever way around that though that only the Cleric/Mage can use. Cast Minor Sequencer and load it with Spiritual Hammer and some other useful buff. You can use the sequencer in spider form since it counts as a special ability rather than a spell. Change into a spider, then activate the sequencer. Now you are a spider dual-wielding hammers! It is not game breaking damage by any means, but it is good. This trick does not work in BGII for some reason. 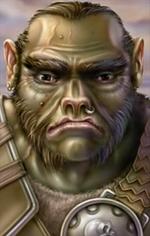 The Cleric/Thief is like a mix of the two above strategies. You will use summons, but also stealth and crowd control. The unique thing it brings to the table is a formula for insane backstab damage. That is why I recommend choosing the Half-Orc variant over the Gnome, but we will get to that.

The hook that makes this build fun is backstabs and there are a few spells in this recipe. The first are the standard cleric buffs that affect damage: Bless and Chant . Cumulatively, these spells give you a bonus 1.5 damage per hit, but it is modified by the backstab multiplier, which gives you a respectable +4.5.

Draw Upon Holy Might (DUHM) boosts your strength by 1-2 depending on your level. For most of the game it will be a +2 boost. Sadly, strength bonuses are not affected by the backstab multiplier, but the flat boost to damage is still a lot of damage. A half-orc, with the strength tome and DUHM will be doing +10 damage per hit.

If you play this character into BGII you will get the piece de resistance of Cleric/Thief backstabbing: Righteous Magic. This spell further boosts your Strength, practically guaranteeing the 25 cap, but the best part is that it makes all attacks to max damage. When you are multiplying by 4 or 5 the difference between a low roll and a high roll is a lot, so guaranteeing the highest roll makes the Cleric/Thief the backstabbing kings! Sadly, you do not get this spell in BGI.

Staff of Striking and Boots of Speed

Now for the items that make this build shine/ The best backstabbing weapon in the Cleric/Thief arsenal is the quarterstaff, and luckily there are some really strong staves in BGI. A +3 quarterstaff can be bought in Ulgoth’s beard. The damage bonus on weapons is multiplied in a backstab, so a +3 is a +9. In total it will average 23.4 damage per backstab, 38.8 with the other bonuses. The Staff Spear, found in Durlag’s tower will average a bit higher: 42.4. If you are brave enough, you can delve to the 4 level of Durlag’s dungeon to get the Staff of Striking, which averages: 45.4. It has charges, so save it for key battles.

The Boots of Speed, which you will get just outside of the Cloakwood Mine, are the other key item for this build. With these boots, you can run away very quickly, allowing you to reset stealth and return for more backstabs. Keep the preoccupied with your skeleton summons, popping in to backstab, retreating to stealth, then returning for more backstabs. It is insanely fun!

For crowd control spells, you will have Command , Hold Person , and Silence, all very useful spells in their own rights. You won’t match the CC power of the Mage/Thief, but you can hold your own. Sanctuary works as your equivalent to Invisibility to run away before you have Boots of Speed. Its clumsier though. You have to cast it, walk out of sight, stealth, then return to backstab.

Do not be fooled by Holy Power. The THAC0 bonuses look tempting, but this spell sucks. It gives you THAC0 equivalent to a fighter of the same level, and since you are dual-classed, that is not a very high level. The spell is most efficient when cast by a single class Cleric, but single class Clerics also need more APR to combine with the THAC0 to be halfway decent as damage dealers. Just pass on this spell.

If you want to discuss this article with me or others, you can do so here. I welcome all comments and criticism!