This is the first article in a four part series where I analyze and rank fundamental build choices in Baldur’s Gate 3 (BG3). I will be ranking abilities, races, classes, and spells. In this article I analyze and rank abilities. Not all abilities are equal! Some are definitely more valuable than others. We will discuss each below in order of value from best to worst.

Before getting into the analysis, it is prudent to say something about how I balance combat versus out of combat utility. This is my order of value starting with the most valuable and ending with the least:

By direct combat utility I mean bonuses like increased damage and accuracy, improved saving throws, etc. An example of indirect combat utility would be improved store prices that you get from charisma: better prices means better equipment to fight with. Convenience bonuses are things like increased carry weight: they just make the game more enjoyable. Role-play bonuses are mostly skill bonuses that primarily affect dialogue and seldom come up in combat. If it is really important to your run that you can, say, quickly romance Astarion or have the owlbear cub in your camp you might value these higher. The reason I favor combat and convenience over role-play in this article is because they can be more objectively compared. Sometimes being bad at a skill can actually improve the role-play experience you will have with a character. Think of the dumb brute or haughty elitist mage archetypes for example, they can be really fun to play! In contrast, having bad accuracy or damage just makes you worse at combat, end of story. With that said, let’s get to the abilities. 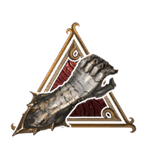 In tabletop 5th edition strength is a mediocre stat, but in BG3 its back on top, so roll up some beef cakes! Strength gives you:

Now, some of these bonuses are just conveniences, for example, the increased carry weight, drag, and lift. The really important bonuses are shove and jump distance. Why? Both have to do with the verticality of Larian’s encounter design. Let’s start with improved jump distance. Practically every encounter has vertical terrain and attacking from high ground is significantly better than attacking from low (just ask Anakin Skywalker). This means that the vertical movement of jumping is really valuable. Moreover, the jump action expends a flat amount of movement, thus with more strength you get more value from that expended movement. With a high strength stat you can jump farther than your full movement bar at a fraction of the cost, so, weirdly, strength gives you increased lateral mobility as well as vertical.

The importance of shove is also straightforward. Having the high-ground is important, but everyone who is up high is vulnerable to being pushed and plummeting to their deaths. So, in most encounters there will be a king-of-the-hill game to decide who holds the high-ground. Having the highest strength means you can shove the farthest and the most reliably as well as helping you resist shoves, making you the king or queen of every hill you see. 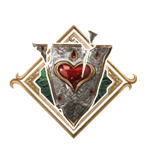 Both of these bonuses are very valuable for complicated reasons that have to do with the 5th edition ruleset and its flattened math. Unlike other rulesets, in 5th edition player characters and enemies do not accumulate vast increases to accuracy and armor class (AC) when they level. Instead, the main areas in which characters improve when they level is in the potency of the actions they can take (this is an important principle for understanding 5e). Ultimately, the standard for a potent action is how much damage it does or how much damage it mitigates. What all of this means is that, at the most abstract, 5th edition combat is a ledger, where the value of their actions are subtracted from your hit points and vice versa until one side is in the red.

Once we understand this it is easy to see why hit points are so valuable: they are the best and most reliable way to mitigate damage. Also spells like Sleep and Color Spray always hit if the targets are below a certain collective hit point threshold, so hit points also double as a method of avoiding some dangerous crowd control (CC) effects.

As a final note, its worth mentioning that quite a few powerful spells target constitution. For example, Thunderwave, Blindness, Ray of Enfeeblement, or Shatter. 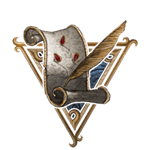 Our first spell ability. Obviously, if you are a cleric, ranger, or druid this ability will be very important, maybe even more important than strength and constitution. However, setting aside all class specific bonuses, wisdom is a very valuable stat. First and foremost because wisdom is the save targeted by the most spells and by some of the most dangerous spells (Hold Person, Tasha’s Hideous Laughter, Command, etc). Also, because in my own runs I have found perception to be a standout skill when it comes to indirect combat value (this opinion may change as I play more). 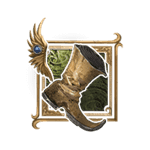 This ability would be so good if it did not compete with strength. Since it does, and strength is so important, dexterity ends up in an awkward place. It gives you accuracy and damage, but most builds will be attacking primarily with strength or spell ability. AC is important, but medium and heavy armor mitigate that, so you can get high AC with only a splash of dexterity. Even with all of those caveats, dexterity still manages to be super useful. Initiative is important because the flattened math of the games makes quickly bursting down single targets a highly efficient strategy. Stealth is probably the skill with the most direct combat value, and sleight of hand ranks high in indirect combat value. Several area of effect (AOE) damage nukes like Burning Hands are mitigated with dexterity saves. Pretty much every build should have at least 12 dexterity. 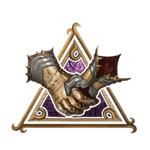 If this analysis factored in classes, charisma would rank much higher than fifth place, since I expect charisma-based classes to be some of the best in the game. However, it is worth saying something about what charisma is useful for in abstraction from class mechanics, and the answer is not much. Improved shop prices are nice. The skills it modifies are good examples of principally roleplay value. Charisma is not particularly important as a save. Charisma classes would be even better if Wisdom were their spell ability instead. 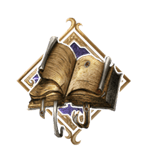 At the bottom of the heap is intelligence. Its a shame, because in older systems the nerds used to rule. I kind of miss it. Intelligence gives you:

Wow, it actually seems worse when you write it all out. I haven’t found a way to get anything but marginal indirect combat value from any of the intelligence skills. Spells that target intelligence are really rare. If you are any class that is not a wizard, dump this stat and see if you notice.

That concludes the abilities. In the next article I will analyze and rank all available races and subraces in a tier list. Look forward to it!

If you want to discuss this article with me or others you can do so here . I welcome comments and criticism!